Another piece of the puzzle has fallen into place regarding the Viking town of Birka. Parts of the town were encircled by a moat, suggesting that Birka was fortified against hostile attacks. This is one of the findings of a new archaeological research study at Stockholm University. 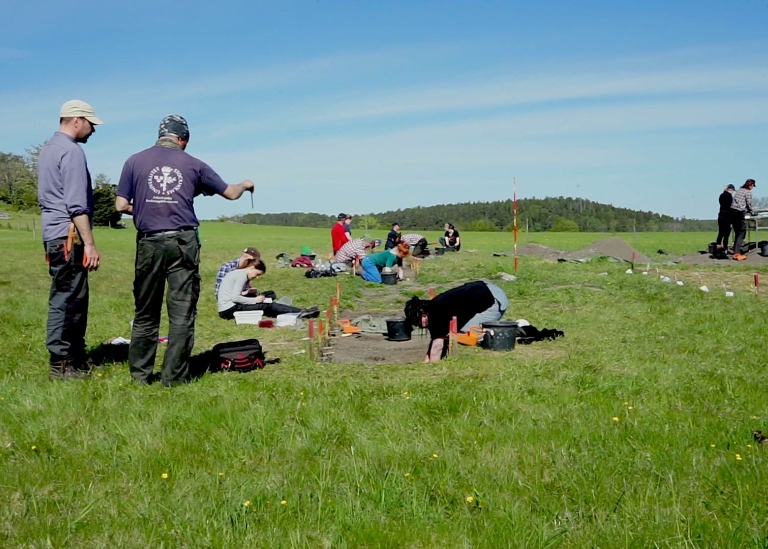 Excavation at Birka with students and doctoral students working in the field. Photo: The Archaeological Research Laboratory

The Viking community of Birka is commonly described as “Sweden’s first town”, serving as a trading post on the island of Björkö in what today is Lake Mälaren. Parts of Birka’s fortification have already been investigated, but now archaeologists at Stockholm University have been able to supplement the picture with another piece of the puzzle. A previously uninvestigated section of the town rampart around Birka was furnished with a moat, suggesting that Birka was strategically constructed to defend against external threats.

Sven Isaksson is a researcher in archaeology at Stockholm University and part of the project team that worked on the excavation at Birka. The initial purpose of the excavation was to search for the extension of the fortifications around Birka.

“There is a hillfort and a ridge with a visible rampart on the other side, but then there was a gap in between. It has been assumed that there had been a town rampart there in the past, so that the entire urban area was enclosed. First and foremost, we wanted to find out whether there are any physical remains of such a defensive structure.”

Moat hints at a threatening environment 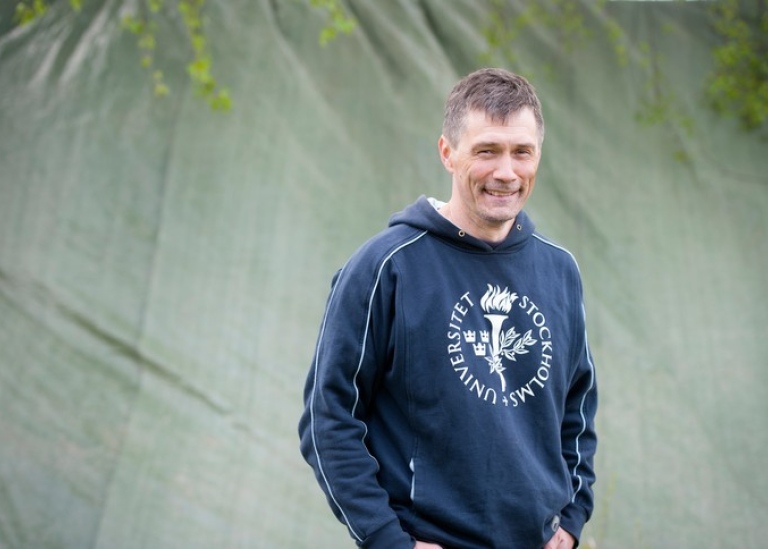 Indeed, the excavation resulted in the discovery of the remains of a rampart. More unexpectedly, for the first time ever, the researchers were able to confirm that sections of the town rampart were equipped with a defensive ditch or moat.

“The fact that we found the remains of a moat is really awesome – there are no others anywhere else on Björkö. This shows that building technique was chosen depending on the terrain and that they applied a tactical, defensive mindset when constructing Birka.”

The fact that part of the town boundary was a moat affects how other remains at Birka can be understood from an archaeological and historical perspective.

"A town boundary can be, for example, a legal border, an economic border or a trade border. Depending on how a society functions, in practice a border can be a piece of string – it doesn’t have to be a rampart. But the fact that we found a moat suggests that Birka was fortified. The other constructions at Birka were not just monumental decorations; they had a practical defensive function. The picture is now complete.”

Birka is usually dated between about 750–975 AD and is thus linked to the Viking age. There are different assessments of how large the Birka community really was, but most estimates suggest that a thousand people lived and worked there, depending on the season. The moat probably came about at the end of the Birka era.

“We have finds that date the site to the 10th century. We can say with some certainty that the last phase of the town rampart here belongs to the final part of the Birka period, so around 975, before Birka was abandoned.” 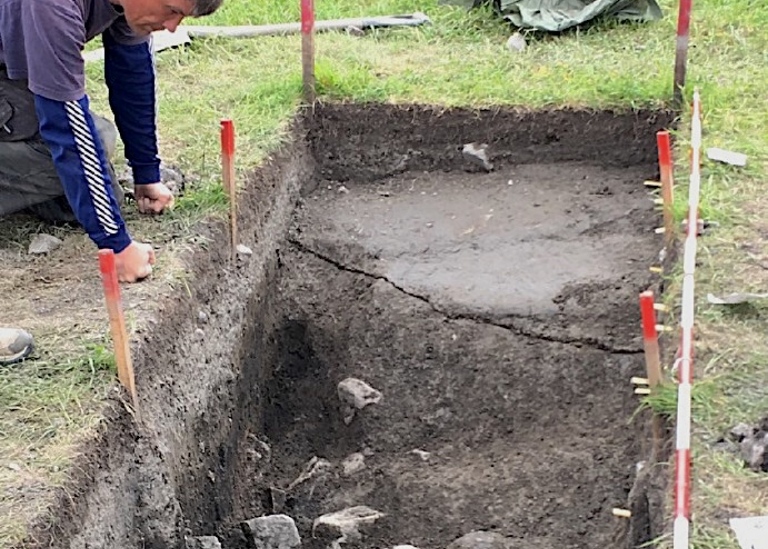 Shaft with remains of the moat. Photo: The Archaeological Research Laboratory

In light of the findings of the excavations, an image of the Birka community has emerged - one of a society that at the end of the 10th century was probably heavily beset by external threats.

“Towards the end of the Birka period, the town was a closed, confined environment. You were either inside the town rampart or outside. Since we are now quite sure that the Birka constructions served  a defensive purpose, one can imagine that it was a nervous existence. We see, for example, that the last phase of the rampart ends with a burning. We are seeing more traces of fires and fighting on other sites in Birka such as the garrison and along other parts of the town rampart. It was built tactically and strategically – probably to stave off an actual threat,” Sven says.

“Otherwise, we see traces of life and living, such as bones and potsherds from food waste and cooking remains. It was a smoky and messy existence.”

Only a fraction of Birka has been excavated

Birka is well-known both to researchers and to the general public, and has been classified as an UNESCO World Heritage Site.

“It’s a privilege to get to do archaeological fieldwork here, at this  World Heritage Site. It’s fantastically full of finds – we’ve only been working on the outskirts and the finds just come pouring up out of the ground. Birka is a reference point for Viking archaeology; it’s an iconic site.”

Although the excavations at Birka are often rich in archaeological finds, Sven thinks that only a fraction of it have been investigated.

“People have this idea that archaeological investigations are always going on at Birka. As an archaeologist, you’re often asked ‘but is there anything left to dig up?’.  But in the ‘Black Earth’ area, I think that less than 10% has actually been excavated, and of the 3000 graves in the area, perhaps a 1000 of them have been examined. So we’ve as yet only made teeny, tiny peepholes into this fantastic site. Those of us who are conducting this research do so with limited resources in connection with field courses for example, but more research funding is needed for the Birka research.”

The excavation at Birka was carried out over two seasons, in 2018 and 2019 respectively, within the context of the field course in Archaeology with a Laboratory Focus. Participating researchers were Sven Isaksson, Sven Kalmring and Lena Holmqvist. Archaeology students at the second-cycle and third-cycle levels participated in the excavation. The excavation is likely to continue in August 2021 in another part of Björkö.
Read more about the research here.

Get more news from Stockholm University
If you wish to read more about current research at the university, visit su.se/english/research.