In the university library atrium, climbers have recently installed a new artwork. Inspired by Heraclitus’s idea of “panta rhei”(“everything flows”), as well as by the nature and research at Stockholm University, Hilda Hellström has created the work ”The way an algae transforms into a rock”. 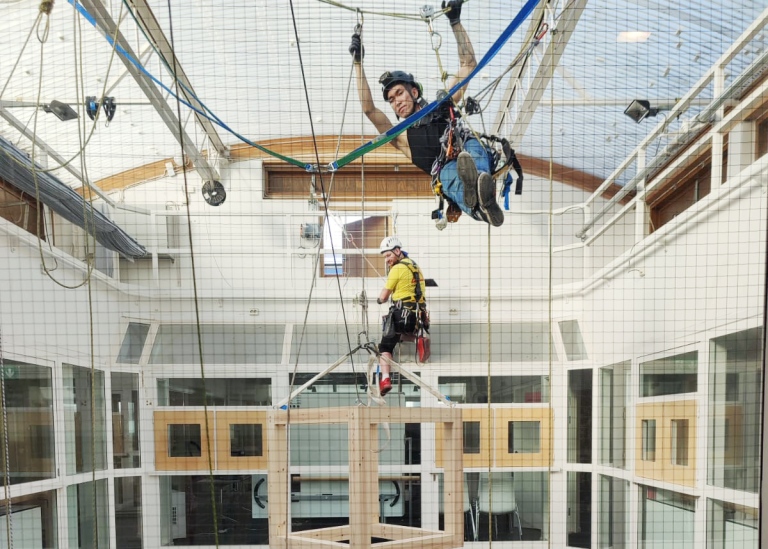 Everything changes and everything is reincorporated into the cycle. The artist Hilda Hellström uses this idea as a foothold as she uses her artwork to recount the story of the diatom. How they die, transform and give rise to new life. Spanning three levels in the library’s glass-roofed lightwell, the work can be viewed from a variety of angles. 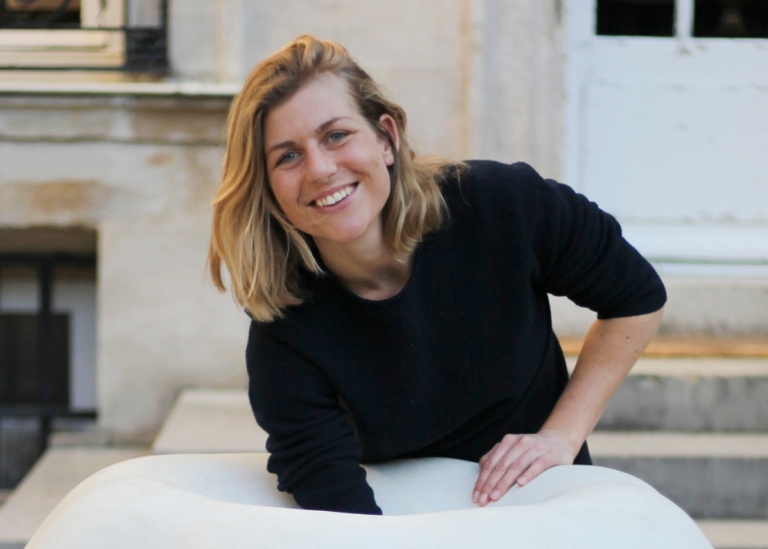 Hilda Hellström and one of her previous works. Photo: © Lola Halifa Legrand/Bildupphovsrätt (2021).

“I put a lot of work into creating the material that carries the story. The work has scientific references and a clear narrative. The connection to the university and the library is also there, as a sense of curiosity and exploration,” says Hilda Hellström.
Silicon has multiple ties to Stockholm and the university. Jacob Berzelius, who discovered the element silicon, was a professor at Karolinska Institutet and a secretary at the Royal Academy of Sciences. At Stockholm University there are several contemporary research projects concerning diatoms.
The dramaturgy of the work begins with the bottom cuboid. There the viewer encounters a block of stone with algae in relief. It tells us about how diatoms settle and create the soft rock known as kieselguhr or diatomite. Anyone who walks around the work will see that it is cast on a wooden structure.
“It creates a kind of backdrop effect that refers to how the work wants to both break down and build a picture of reality. It’s a way to communicate the way everything flows and how one material can turn into another,” says Hilda Hellström. 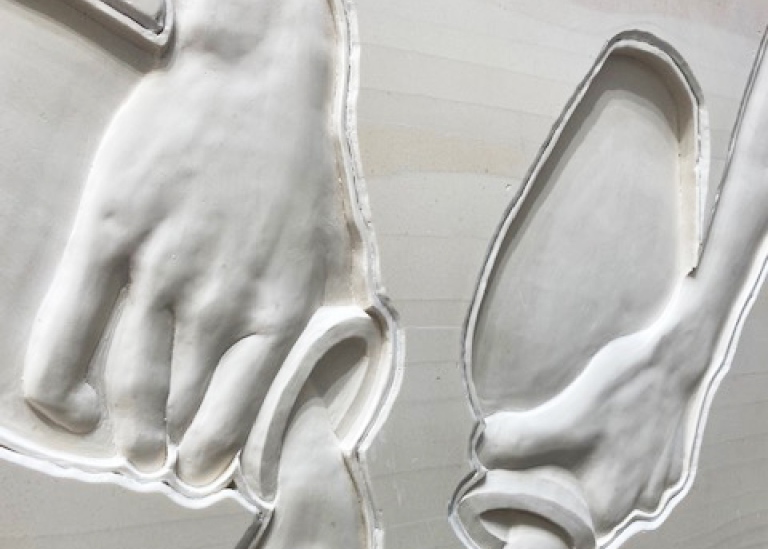 Detail image from the work The way an algae transforms into a rock. Photo: © Camilla Hjelm/Bildupphovsrätt (2021)

On the next floor, the wooden structure serves as a framework for reliefs. A body pours liquid into a mirror image, creating a closed circle. This represents how the winds blow diatomite dust all the way across the Atlantic Ocean to the Amazon, where it falls back to Earth and nourishes the rainforest. The small diatoms that die and become mountains represent microcosms, while the winds represent macrocosms and how the cycle is closed. On the top floor, at the same height as the offices, the work consists of a wooden cube and a terracotta shape of a diatom.
There used to be a light and sound artwork by Matti Kallioinen in this location, but it required maintenance and over time it broke down. Before that, there were indoor plants in the atrium, but in the summers it became too hot for them. Thanks to the support of Public Art Agency Sweden, the university has now had a work created for the site.
“It has a connection to our organisation and to the present. It discusses big and topical issues. From a purely aesthetic point of view, it also fits very well. It’s a difficult space, a long narrow glass cage that spans from floors three to six,” says Camilla Hjelm, an art curator at Stockholm University.
The atrium has a small entrance, and climbers had to be hired to get the work in to place.
“It was really difficult and a big challenge. It was the first time the climbers had installed art, but it’s really well positioned now,” says Hilda Hellström. 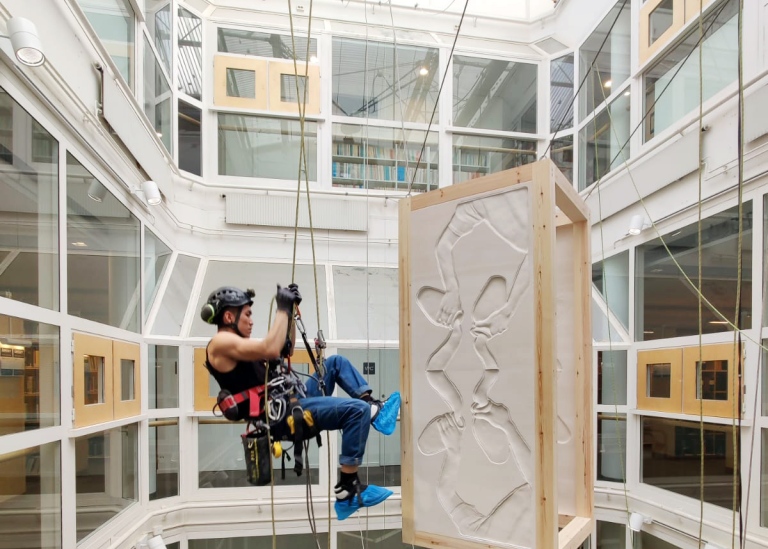 The middlemost section of three parts of the artwork, which spans three levels. Photo: © Hilda Hellström/Bildupphovsrätt (2021) 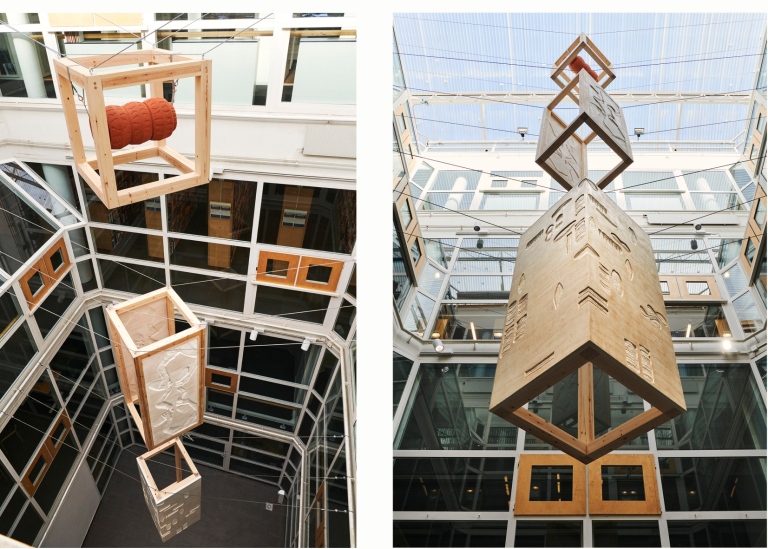 Detail image from the work The way an algae transforms into a rock. Photo: © Camilla Hjelm/Bildupphovsrätt (2021)
Theme
Culture and Media - Theme page