Four researchers at Stockholm University are awarded prestigious ERC Advanced Grants. Their areas of research are within theatre studies, neurochemistry and physics.

ERC Advanced Grants are the most prestigious grants awarded by the European Research Council (ERC). The grants are aimed at excellent researchers and guarantee long term funding for ground-breaking and high-risk projects.

Four out of seven Swedish grants to Stockholm University

The four grantees from Stockholm University are:

The researchers are granted up to two and a half million euro each over a period of five years. Below you can read more on their research projects receiving ERC funding. 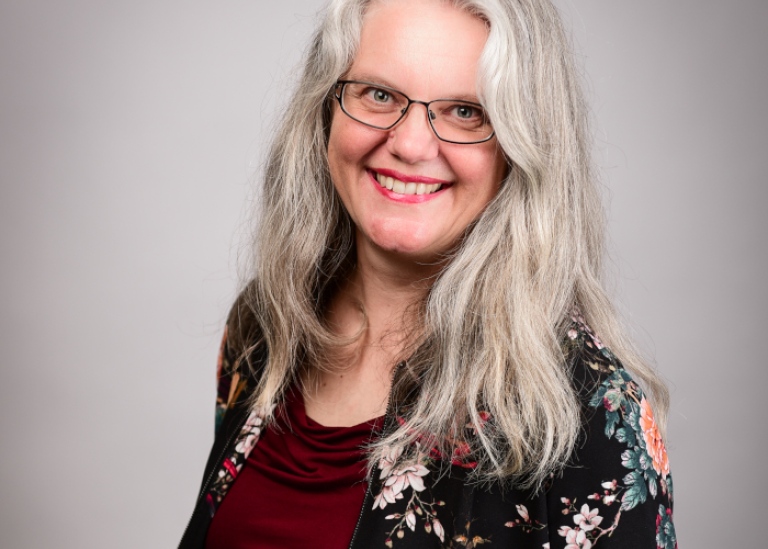 Meike Wagner, Professor of Theatre Studies at the Department of Culture and Aesthetics, receives an Advanced Grant to the proposed project “Performing Citizenship. Social and Political Agency in Non-Professional Theatre Practice in Germany, France, Britain, Sweden and Switzerland (1780-1850)”.

Amateur theatre played a significant role in the formation of a modern concept of citizenship that emerged during the Enlightenment and took shape during the American and French Revolutions. Around the social activities enacted and texts performed a broad-based movement developed between 1780 and 1850 that had more impact than professional theatre. In the period, non-professional theatre offered huge educative possibilities for the acquisition of skills and competences deemed essential to becoming a ‘good citizen’.

For the first time, a historiographical research project will study European amateur theatre’s impact on social change. Five case studies will bring cultural and political contexts into the picture that determined ideas and practices of citizenship as well as theatre in Germany, France, Great Britain, Sweden and Switzerland.

“I hope that my project will bring to the fore the role of ‘doing theatre‘ in regard to the mainstreaming and establishing of democratic values that form the basis of citizenship. From the analysis of amateur theatricals around 1800 we can learn to evaluate our own role as citizens of a democratic society and to acknowledge how much aesthetic and artistic practices continue to shape, critically assess and develop our own citizen identity,“ says Meike Wagner.
Read more on Meike Wagner´s research. 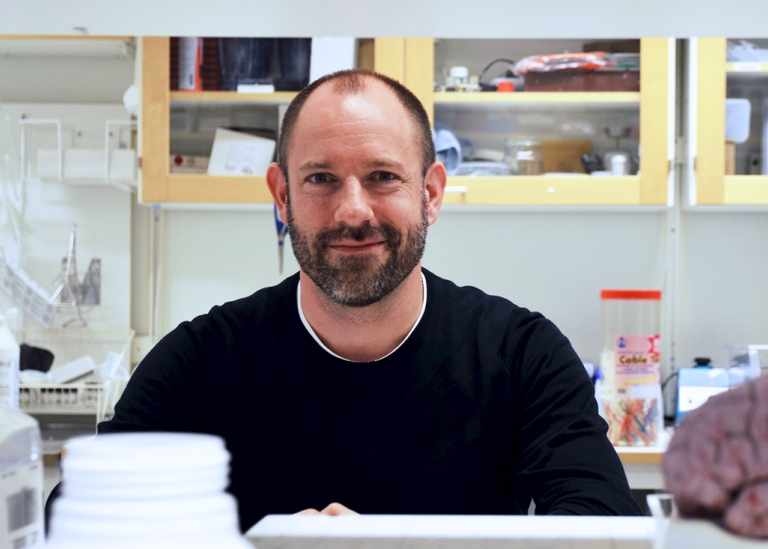 Christian Broberger, Professor of Neurochemistry at the Department of Biochemistry and Biophysics, receives and Advanced Grant for the proposed project “E Pluribus Unum: Principles and Plasticity of Electrical Coupling in a Neuronal Network”.

It is well established that neurons communicate by releasing their transmitters over synapses. But it has now become increasingly clear that several of the brain’s cells also are coupled through so-called gap junctions, channels that allow direct communication between the interior of two neurons.

In the ERC-funded project Christian Broberger and his colleagues at the Department of Biochemistry and Biophysics will investigate how gap junctions are regulated and change the ground rules for neuronal networks. In their work, they will make use of a surprising species difference in electrical coupling that they recently demonstrated explains why male mice care for their pups, while rat fathers leave the parental chores to the mother. 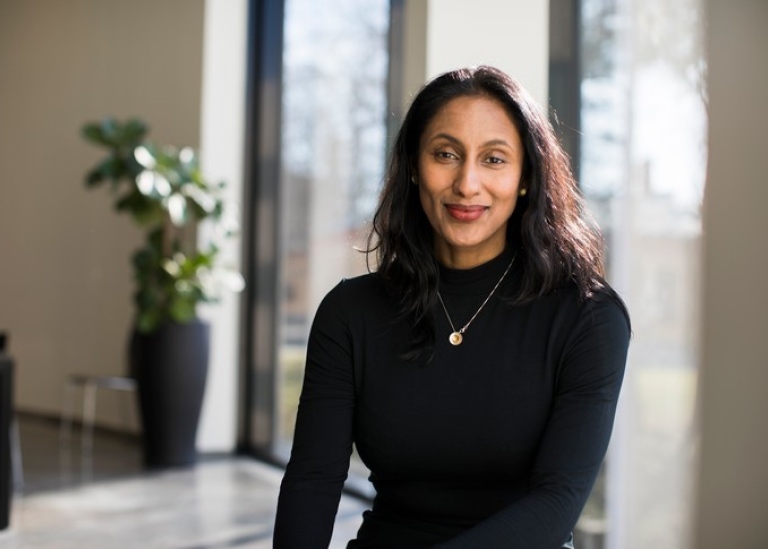 Hiranya V. Peiris, Professor of Cosmoparticle Physics at the Department of Physics and Director of the Oskar Klein Centre, receives an Advanced Grant for the proposed project “Exploring the Cosmos with the Vera Rubin Observatory”.

We now know that not only is our universe expanding, but that it is expanding at an ever-increasing rate. Fuelled by a mysterious driver called "dark energy", galaxies such as our Milky Way are rushing away from each other with such enormous acceleration that not even the powerful force of gravity can hold the universe together. Starting in 2023, we will get a new view of the Universe from the billion-dollar Vera C. Rubin Observatory, which will conduct the decade-long Legacy Survey of Space and Time (LSST). Just in its first year, LSST will see more of the universe than all previous astronomical surveys combined. By repeatedly mapping huge sky areas, it will create the first motion picture of our universe. The resulting catalogues will contain billions of galaxies and other, more exotic objects such as electromagnetic signals from gravitational wave sources, and open up a vast space for exploration and discovery.
The incredible opportunity to gain insights into fundamental physics from this survey also comes with formidable analysis challenges related to the sheer volume and complexity of the data.

“At Stockholm University, we will use an innovative approach to address these challenges, by combining rigorous physical modelling with cutting edge artificial intelligence techniques that are new to astronomy, and scaling up more traditional analysis methods to the required unprecedented levels. Over the coming years we will focus on turning raw data from LSST into an understanding of, for example, the nature and distribution of dark matter and dark energy; the nature of gravity; and the way in which the cosmos lit up the underlying “scaffolding” of dark matter filaments as it produced galaxies,” says Hiranya Peiris.

Uncovering the unusual properties of water 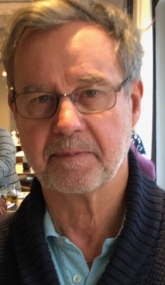 Lars G.M. Pettersson, Professor of Theoretical Chemical Physics at the Physics Department, receives an Advanced Grant for the proposed project “Gases in Water”.

Water is the liquid with the largest number of properties that deviate from expectation. It has maximum density at 4° C and as a solid, ice, it floats. This makes lakes in the winter freeze from the top down, which enables aquatic life in our climate. Water also has an unusually high capacity to store and transport heat, which allows the Gulf Stream to make our climate milder. What is behind these unusual properties? There is now increasing evidence that there are two forms of liquid water: a high-density (HDL) and low-density (LDL) liquid. They can only exist as pure forms under extreme conditions – very low temperature and high pressure and then only for a small fraction of a second. Yet the existence of these two forms also has consequences for water at ambient conditions and is believed to lie at the heart of water’s strange properties. However, a detailed theoretical description is still lacking.

In this project, the researchers will develop a theoretical description of how water molecules interact that includes effects that have so far not been considered and will implement it in computer simulations of the liquid.

“We will combine our simulation models with advanced X-ray measurements probing the local structure of water in different situations. Specifically, we seek to determine the local structures around molecules in the two different forms of water and explore what consequences they may have for chemistry and life. We hypothesize that small molecules, like O2, will prefer local, more open LDL environments over the more compact HDL, which dominates at ambient conditions,” says Lars Pettersson.

That hypothesis raises a number of questions, one of which is how fish can ”breathe” under water, that is, how do they get the oxygen out of its LDL environment, across the surrounding HDL and into the gills? Has evolution found a way to change the structure of water in contact with the gills to facilitate the transfer? Is a similar mechanism at work in our lungs?