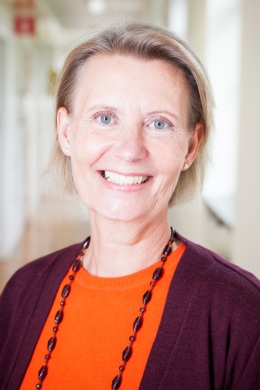 Senior lecturer and Director of Studies

Section for Child and Youth Studies

Head of Programme for Primary School, Specialising in School-age Educare.

Inventories of pupil's needs and interests as a basis for systematic quality development work at school-age educare.

Background and starting points:
School-age educare's governing documents call for an inventory of pupil's needs and interests before defining activities, approaches and working methods that allow the children to develop towards the goals in the curriculum. This is not always visible in planning at school-age educare. School-age educare has both a complementary and compensatory aim and this frames the study which focuses on what systematic quality development work based on the students' needs and interests can look like. Two primary schools in very different communities in the Stockholm area are included in the project.

Research questions:
Which formal and informal methods are used and can be developed, in the school-age educare practice, to continuously survey the needs, interests and experiences of the current pupil group?

How can systematic quality development work based on pupils' needs, interests and experiences be realised in day-to-day practice in school-age educare?
How can an inventory of pupil´s needs and interests in school-age educare also enrich the lesson content planned to achieve a subjects course plan objectives?

One-year project with duration in 2018.

The evaluation will include an assessment of various goals of quality at SFO such as organization, competence, content and user satisfaction. The evaluation will highlight how the scope of the current Education Act is understood and utilized locally in terms of SFO. The evaluation includes SFO for pupils from 1-4. steps and SFO for students with special needs in 1-7 steps.

The national evaluation of the school-age educare has a website in Trondheim: https://samforsk.no/Sider/Prosjekter/Nasjonal-evaluering-av-skolefritidsordningen.aspx

Teaches and is responsible for courses in School-age Educare

Inventory of children's needs and interests as a basis for systematic quality work in leisure center
Quality of Teacher Education Programme for Primary School, School-Age Education and Care 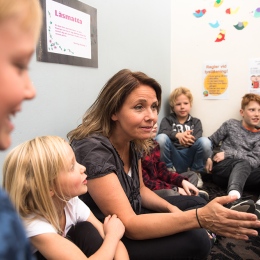 Show all publications by Anna-Lena Ljusberg at Stockholm University