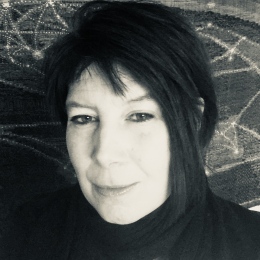 Rethinking the place of the human and the humanities in times of climate change.

Critical Heritage Studies Network at Stockholm University is the meeting and information platform for everyone interested in critical heritage studies. 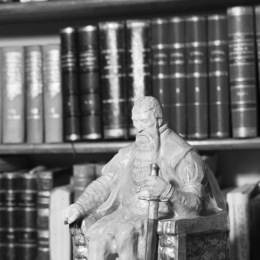 My research-fields are within archaeology, heritage studies, curatorship, gender theory and the environmental humanities. In archaeology I have mainly been concerned with exploring relations with waters and wetland. Currently the work deals with deposition of human- and animal remains in wet-contexts in Sweden in the project Tidens Vatten, particularly focusing on the LBA/EIA, discussing sacrifice and the inhumane (cf. Fredengren 2013, 2015, 2017, 2018). Depositions in water of artefacts and bodily remains, as well as the building of crannogs – man made islands or platforms were topics researched during my time as Director of Irelands research institute in Archaeology – that followed on from the fieldwork in the Crannog Research Programme for my PhD thesis on crannog landscapes at Lough Gara, Co. Sligo, Ireland.In heritage studies my research troubles how heritage is valued in the present, and problematize the link to sustainable development (Fredengren 2012, 2015). This strand of research has been furthered in the meeting point between critical heritage studies and posthumanist feminism that blur the boundaries between nature/culture, material/immaterial and challenge the anthropocentric focus in heritage policy (Fredengren 2015). My research continues in the interface between heritage studies and the emerging field of the Environmental Humanities and curatorship (Fredengren 2016). Of particular interest are questions about Deep Time, materiality, ethics, intragenerational justice and care.

*Scientific Leader of Deep time and Member of the Seed Box, an environmental humanities collaboratory at Linköping University, funded by Formas and Mistra

*Affiliated Researcher at the Posthumanities Hub at Tema Gender

Coordinator and main lecturer at the Doctoral School in Environmental Humanities at Stockholm University https://www.hum.su.se/utbildning/forskarnivå/forskarskolor/forskarskolor/teman/miljöorienterad-humaniora-1.381953

Curating time explore time and temporality in curatorial and environmental strategies. With a base in critical feminist posthumanism this project further problematizes the anthropocentric focus in many heritage policies and strategies (Fredengren 2015) and probes into the technocratic politicization of the long-term. Here, it focuses on the use of heritage in sustainable development (also critiqued in Alaimo 2012 and problematized in Fredengren 2012) as it deals with range of naturalized others as if they have no agency and leaves the stage open for appropriation and exploitation. Furthermore, such policies often underarticulates the notion of intra-generational ethics and care and promotes chrono-linear time keeping. Not only do such policies risk downplaying materiality, but also a number of human and non-human others, driving wedges between nature and culture, it also risks transplanting, such binaries into museum collections, curatorship and exhibition-making.  Whereas critical heritage studies (Smith 2006, 2016) has pointed out many injustices of who gets under-represented in the heritage repertoire, this project will not stop at critiquing the powers involved in heritage-editing, but explore and intervene in material and temporal trajectories and agencies in emerging museum ecologies (hereby extending reasoning on media ecologies (cf Hörl 2018) onto museums/exhibitions/curatorship).

Checking in with Deep Time (Formas 2017-2021)
This project run in collaboration with Prof Cecilia Åsberg aims to deal with the major research question of how to better re-tie the material and immaterial knots between past, present and future generations, and to suggest ways forward for moving towards innovative ways of checking in with our post-natural and materializing clocks. The project is methodologically innovative and aspires to have high impact on the approaches to sustainability, intergenerational justice and care in postnatural heritage management. It works with three studies - on focusing on the politicization of the long-term within the natural/cultural heritage sectors, the next with how vernacular temporalities are met and transformed on site at Gärstadsverken (a garbage disposal site situated on an Iron Age sanctuary) and theoretical work on intergenerational justice and care. Here traditional theories are compared to those developed within critical posthumanism and the environmental humanities. This project has an emphasis on citizens humanities and collaborative research. It also aims to provide humanities innovations to the civil services.

Fredengren, C. & Åsberg, C. 2020. Checking in with Deep Time. In Harrison, R. & Sterling, C. (eds) Deterritorializing the Future:Heritage in, of and after the Anthropocene. London, UK: Open Humanities Press.

Tidens Vatten (Vetenskapsrådet, Berit Wallenberg, Vitterhetsakademin, Gad Rausing 2013-)
The project provides an overview of the depositions of human- and animal bones from waters and wetlands in Sweden. The aim is to give a better understanding och what effects these depositions may have had in society during Late Bronze Age and Early Iron Age.  Main questions are who got deposited? What human-animal relations were changed through these deposition and what power relationships were negotiated?  The project works with critical post-human theory to discuss the mattering of bodies and the collaboration with archaeological sciences (as osteology, isotope-analysis and DNA). This project has been published in several papers and the research is currently synthesized in a monograph with the working title: Sacrifice – the nature of the in-humane. The project continues, for example with the research at Lake Bokaren.

Bokaren project (in development with Susanna Eklund)
The site as Bokaren, Co. Uppland is a presumed lake-platform with finds of human- and animal remains, particularly horses. The finds were made in 1939 and collected by Professor Rutger Sernander and Nils Sundquist, the county archaeologist. The area was investigated in 1941 by Dr Bengt Lundholm. Since then, both finds and documentation were dispersed and the site was never fully published. A new effort to gather the material and to start an investigation of the site was made by Tidens Vatten that teamed up with Andreas Hennius and Susanna Eklund in a new joint project. The available osteological material was analyzed by Tidens Vatten and some of the material was radiocarbondated (see also Fredengren 2015), also a trial excavation was carried out in 2015 where a human skeleton and several horse bones were found together with worked wood, that could be a part of a platform. This project is under development and research-funding is searched for

Show all publications by Christina Fredengren at Stockholm University

Rethinking the place of the human and the humanities in times of climate change.

Critical Heritage Studies Network at Stockholm University is the meeting and information platform for everyone interested in critical heritage studies.