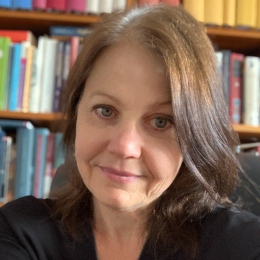 MA in History of Ideas and BA in Political Science from Stockholm University. I have also studied Latin, Polish, Literature and Journalism.

My main focus in History of Ideas and Political Science has been political ideas. I am especially interested in political ideas that are intertwined with religious beliefs.

I began working with my PhD thesis in 2000, but for various reasons I had to give it up for a long period. In 2020 I decided to finish the task.

I am writing a thesis on political ideas in Sweden during the 16th Century, and I am especially interested in different views on resistance to authority. Do the subjects under certain circumstances have a right to resist, that is: rebel against and depose their ruler? My aim is to discern different lines of reasoning and identify the grounds for the arguments.

Resistance to authority was debated among political thinkers all over Europe in the 16th century, and the different views in Germany, France, England, Scotland, and the Netherlands have been the subject of extensive research, e g by Quentin Skinner, a leading proponent of the Cambridge School of Intellectual History.

In Sweden, several kings were actually overthrown in the 16th Century. In the 1520s Gustav Vasa deprived Kristian II of the Swedish throne. In 1568, Gustav Vasa's sons Johan and Karl overthrew their brother Erik XIV. And finally, in 1599 Karl dethroned his nephew Sigismund. At all these events the instigators claimed their right to resist an unrighteous ruler. But there were also persons who declared that there was no such thing as a "right to resist".

My methodological approach is inspired by the Cambridge School, with an emphasis on context and language. I am going to analyze all utterances in the light of the social and intellectual context, the latter consisting of both the medieval traditions in Sweden and the theoretical discussions in the rest of Europe. Another context to explore is the linguistic one: I will investigate how central concepts were used and redefined. In this approach I am also inspired by Conceptual History (Begriffsgeschichte).