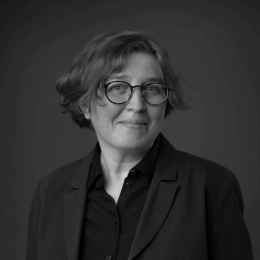 Anna Näslund Dahlgren is professor of Art History with a PhD in Art History from Stockholm University.

I am interested in photography, display practices, image studies and visual culture. A core interest is how images and other visual expressions are produced, circulated and used and migrate between different display contexts. I have studied Swedish advertising- and fashion photography, press photography and contemporary photo based art as well as Nineteenth century photo albums, museum and archival practices with a focus on photography. Moreover I have been working with the effects of the digital turn, with the implications of digital image alterations as well as current issues of digital archiving and access.

I have developed the A-level course Art history. Visual Studies (30 hp, KV1420) which has run since the fall 2013 and I have developed the PhD course Visual Sources for the Faculty of Humanities at Stockholm University which ran in 2017 and will be given again the spring term 2022.

I have a strong interest in the development of learning communities and research environments and have published on such matters, primarily targeting students at PhD level.

”The Politics of Metadata”, temanummer för Journal of Digital Culture and Society(2:2020).

My latest publications include the edited volume Fashioned in the North. Nordic histories, agents and images of fashion photography (Nordic Academic Press, 2020) and the monograph Travelling Images. Looking Across the Borderlands of Art, Media and Visual Culture, in the series Rethinking Art’s Histories (Manchester: Manchester University Press, 2018).

Metadata Culture (2019-2022) Metadata Culture is the overarching title for two research projects funded by The Swedish Research Council (VR) and performed in collaboraton with Karin Hansson, docent in Computer and System Science.

Fashioned in the North. Nordic histories, agents and images of fashion photography  (2018-2020) Anthology project with contributors from all Nordic countries. The book presents agents, cases, and images new to the field of fashion photography writing with historical and contemporary examples. Simultaneously it seeks to challenge and problematize a number of related issues and open out onto broader critical concerns. Publisher is Nordic Academic Press.

Collecting Social Photo (2018-2019)
Ongoing project with the overall aim of developing new thinking and  work practices for collecting and disseminating the ephemeral everyday photographs in heritage institutions. Funded by Stiftelsen Riksbankens Jubileumsfond and The Royal Swedish Academy of Letters, History and Antiquities.

Art, Borders and Boundaries (2015-2016)
This project seeks to explore the mechanisms by which borders and boundaries between art and other visual expressions have been upheld and transgressed in different periods and image systems. It cross-fertilizes art history and image studies with media theory, and fashion studies. By this inclusive approach I focus on the overlaps and the osmotic nature that characterizes the bounds of art and explore the mechanisms by which images and imagery have migrated over it. This includes the agents, individuals and institutions, acting in these processes and their rhetoric as well as the visual and textual contexts in which these processes of exclusion and inclusion take place. The project consists of four case studies that investigate different visual techniques (collage, photography, drawing, performance), display contexts (illustrated press, cityscapes, albums) and periods (from the 1860s through 2000s) that highlight the nature and further implications of such transgressions. The theories and working concepts are multi-disciplinary including ‘social biography’ of images and imagery (visual anthropology) and image ecology and image systems (media theory, visual studies) among others. Funded by Stiftelsen Riksbankens Jubileumsfond/Sabbatical 2014.

A medium for visual education. Cultural historical perspectives on photo albums 1850-1950 (2007-2013)
The project considers the photo album as a medium in the nineteenth century. The material aspects of the photo album are in focus as a means for understanding its use, function and meaning. Furthermore the social, cultural historical and ideological contexts of the photo album are analysed synchronically and diachronically. By using a broad visual studies perspective I relate the photo album to other media for displaying and consuming photographic images in the period. makadambok.se/dahlgren.htm Funded by The Royal Swedish Academy of Letters, History and Antiquities and Stiftelsen Riksbankens Jubileumsfond.

Representational machines (2009-2013)
A Collaborative Research Network and publication funded by Stiftelsen Riksbankens Jubileumsfond. Photography, much like any other form of representation, poses pressing questions about sense, habitus, modalities of representation and perhaps most insistently these days, about the productive capacity of its representations. Photography does not merely represent the phenomenal world in some neutral and objective manner—we know that—but neither does it suffice to show that it represents the world in a manner saturated with conventions and choices, manipulating techniques and interests. What seems important today is to face the question of how these conventions, interests and technologies have enabled photography to be productive and how that productivity involves space. The project included 13 European scholars. su.se/ike/samverkan/nätverk/representational-machines-photography-and-the-production-of-space-1.214855

Steering the national Seminar for photo research, funded in the beginning of 2008. Funded by The Royal Swedish Academy of Letters, History and Antiquities. See: fotoforsk.pbworks.com/

Scientific Board, National Library of Sweden

The book about your life. Photo album - memory - identity 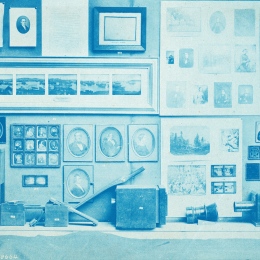 Show all publications by Anna Näslund Dahlgren at Stockholm University