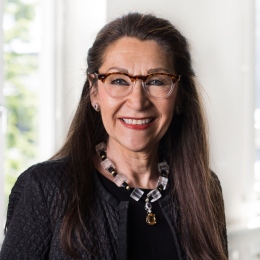 As a senior lecturer in the Department of Education I am involved in teaching on various courses at the basic and advanced levels of education. I am also actively involved in educational development efforts aiming to innovate teacher education at Stockholm University and at the Royal Institute of Technology. My research interest focuses on the dialogic aspects of learning and communication, and my work within this area has primarily been aimed at investigating the dialogic interplay between different professional groups addressing questions concerning skills and competencies in their respective professional fields. I am currently involved in a number of collaborative research efforts exploring, for instance, student teachers' conceptions of professionalism in the teaching profession (together with Max Scheja and colleagues at the Karolinska Institutet),

As part of my work within the department I am also involved in various research collaborations. My research interest focuses on dialogic and communicative aspects of learning in higher education and working life. My research approach can be described in terms of dialogic action research, where focus group discussions between different professional groups highlight differences and similarities in professional discourse used in these professional groups.

Over the years I have been involved in a number of collaborative research efforts, aimed at investigating learning and teaching in both school and higher education. These research efforts has involved, and still involve, close collaboration with colleages at Stockholm University, the National Defence College, the Royal Institute of Technology, Karolinska Institutet, and the University of Birmingham, UK. More recently, I have been actively involved in a project, in collaboration with Åbo Academy, to investigate from a dialogic point of view, the Swedish-speaking Finnish perceptions of, and expectations on teachers.