The researcher seeking help from bacteria to create sustainable solutions

Sarahi Garcia’s research goal is to use bacteria as a toolkit for a sustainable world. As someone used to overcoming the odds, for Sarahi education was the key to another life. She is now a fellow at SciLifeLab, where she is taking a new approach to bacterial research. 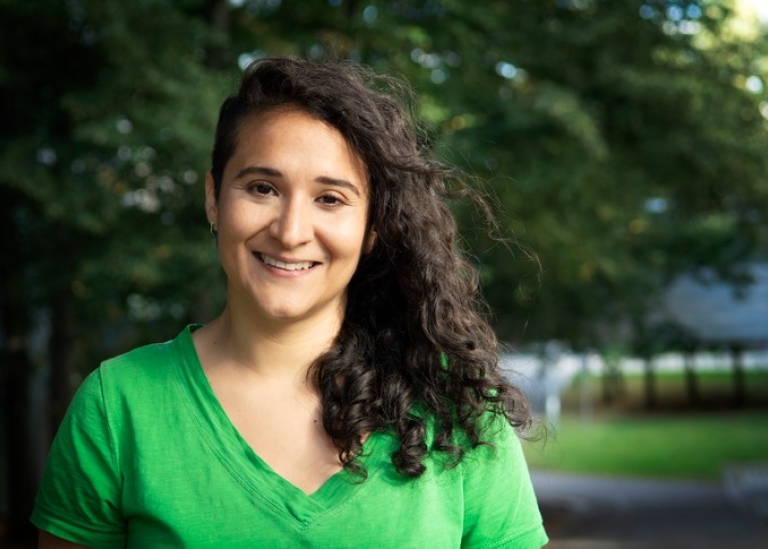 “I want to understand the diversity of and interactions between microorganisms in nature. As people, we also need to appreciate our own diversity and cooperate for a better world. While that sounds idealistic, perhaps even utopian, if bacteria can achieve great things together perhaps we too can succeed in doing so,” says Sarahi Garcia.

An academic career seemed far away for Sarahi Garcia growing up. When she was a teenager her family moved to a dangerous part of Mexico, where she lived under the fear of crime and murder. Her parents invested a great deal of the little money they had in giving her a private education and, via hard study and several scholarships, she is now a researcher at Stockholm University’s Department of Ecology, Environment and Plant Sciences (DEEP) and a SciLifeLab fellow.

In order to come closer to the goal of a sustainable world, she is looking in-depth at bacterial communities and cooperation, hoping to identify the key players in the carbon cycle.
“In an ideal world, we could obtain resources from bacteria instead of fossil fuels and prevent climate change by using bacteria to capture carbon dioxide,” she says.

Searching for the bacterial workhorses

While studying for a master’s degree in biotechnology in the United States, Sarahi looked at how bacteria can help to break down organic waste; however, she soon realised that bacterial diversity is so complex that we need to learn more about their ecology.
“Although many people think of bacteria as independent organisms, they actually interact in a complex community. When we study them one at a time, we miss the bigger picture. I want to understand how bacteria function in nature, how they work together, and then use that knowledge in biotechnology and applied research,” Sarahi Garcia explains. 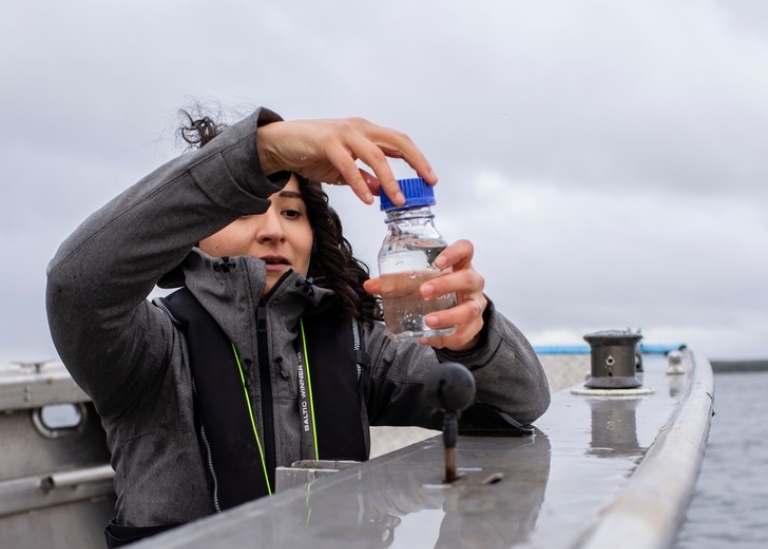 Sarahi Garcia conducting fieldwork in Lake Erken. A weight is used to adjust where in the water column samples are taken. She is currently analysing the experiment and field data collected from the lake in order to understand which organisms play a key role in the carbon cycle.
Photo: Niklas Norberg Wirtén, SciLifeLab

Sarahi Garcia joined Stockholm University and SciLifeLab a year ago, having just completed a postdoctoral appointment at Uppsala University. Her research group is currently working in freshwater to identify the key players in a lake’s carbon cycle. A lake can either be a source of greenhouse gas emissions or a carbon sink that reduces the CO2 content in the atmosphere, depending on the composition of organisms living in it.
“What I want to know is which microorganisms are doing the heavy lifting when it comes to converting carbon,” she says.

Identifying these will take more than analysing water in natural surroundings. While it may well be that the most prevalent organism is doing the work, it might equally be the case that the most important agent is working undercover; if it is immediately consumed by other organisms, it will not be visible in samples. Sarahi Garcia therefore takes bacteria to the laboratory, where she can grow several types of bacteria together to find the answer.

Sarahi’s next project will deal with the life of microorganisms in the Baltic Sea. She is also hoping to be granted funding for additional projects, another in basic research and two in applied research, as well as one straddling the two areas.
“Thus far, all of my research has been intended to develop concepts for biotechnological solutions. There is a great deal of variety to the research conducted at SciLifeLab and it is a very good place to work interdisciplinarily.” 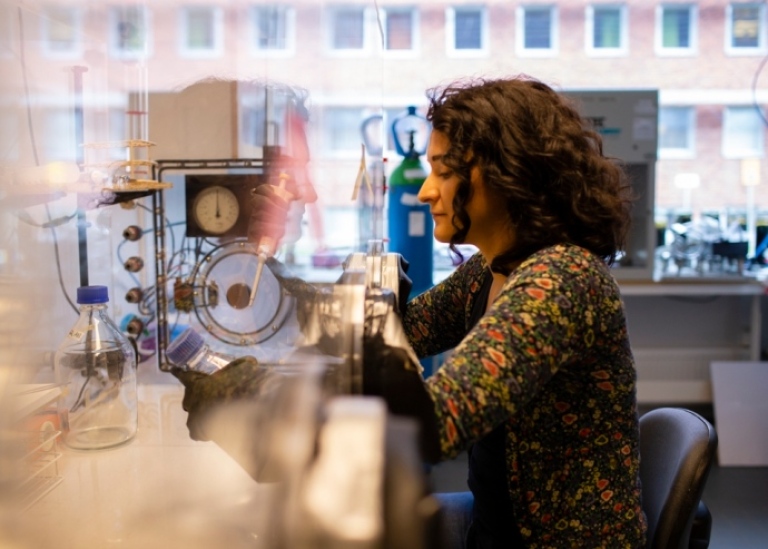 Much like the bacterial key players Sarahi is studying, there have also been a number of key players in her own life, one of the first of whom was her mentor at university in Mexico. It was he who urged her to take the application test for study in the United States, something that led to both a place and a scholarship. He also paid for her flight to the United States. Rather than paying him back, he was keen that she should pay the favour forward – one of the reasons that she is committed to inclusion.

“Equality is all about levelling the playing field. This might mean that someone from a less privileged background requires more support. All of the time I have been forced to invest in supporting myself or defending myself against preconceptions about how a woman should behave is time and energy that could have been spent on studying or research. This makes it difficult: more funds are needed for diversity and inclusion at a time when resources are already limited.”