Marc Friedländer’s research into microRNA takes him from the universe inside a single cell, into outer space and millennia back in time. His dream is to be able to mathematically describe gene regulation. 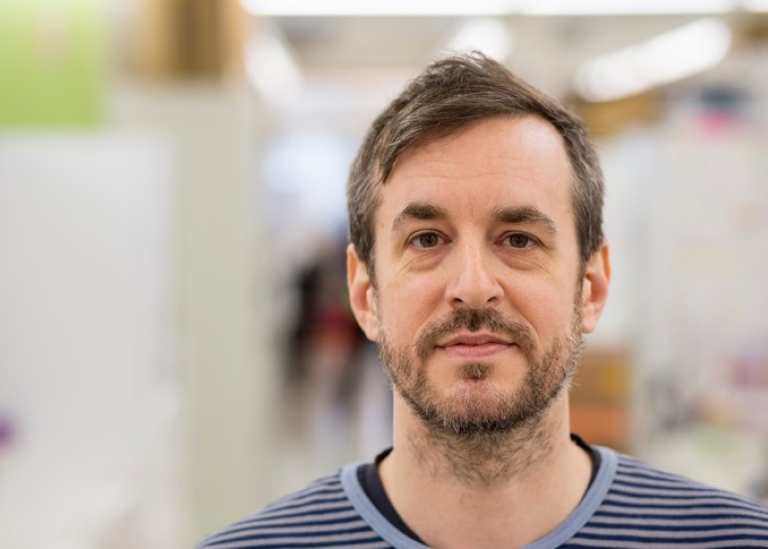 Every cell in an animal or human contains thousands of small pieces of RNA known as microRNAs (miRNA). First discovered in humans in 2001, these serve an important purpose in helping to regulate gene expression. Every cell in an organism contains the same set of DNA and it is this regulation of which genes are switched on that decides whether it becomes a brain cell, muscle cell or something else entirely. MicroRNA is one of many ways that genes are regulated. These small RNA molecules can render genes inactive or dampen their activity and are so important that a laboratory mouse without any microRNAs whatsoever will not survive beyond the embryo stage.
“There are so many unanswered questions about microRNAs, exactly what they do and how they do it,” says Marc Friedländer, a researcher at the Department of Molecular Biosciences’ Wenner-Gren Institute (MBW) and a SciLifeLab fellow.

The Friedländer Research Group includes members who work in the lab and those who work at computers. The group’s largest ongoing project is based on a European Research Council grant awarded to Marc Friedländer in 2018. The objective is to discover how microRNAs work in a single cell. The standard method for measuring gene activity is based on examining hundreds of thousands of cells simultaneously, which provides added value but very little insight into what is going on in the individual cell.
“It appears, for example, that many genes are synchronised. If Gene A is active in a cell, then so is Gene B. We believe that microRNAs assist this synchronisation. We analyse individual cells and every cell provides us with several gigabytes of data. We analyse this data and then try to integrate it,” explains Marc Friedländer.

When the researchers combine data from several cells they are then dealing with many terabytes of data for each question; so, it’s a good thing that he enjoys maths. One long-term dream is to be able to understand gene regulation and explain it using a mathematical model; to be able to use an equation to understand what happens when everything in a cell is functioning smoothly and what happens when, for example, a healthy cell becomes a cancer cell.
“I would like to be able to explain any observation we make in the simplest possible equation. While we are definitely not there yet, it will be a good start if we can manage it with a single cell.” 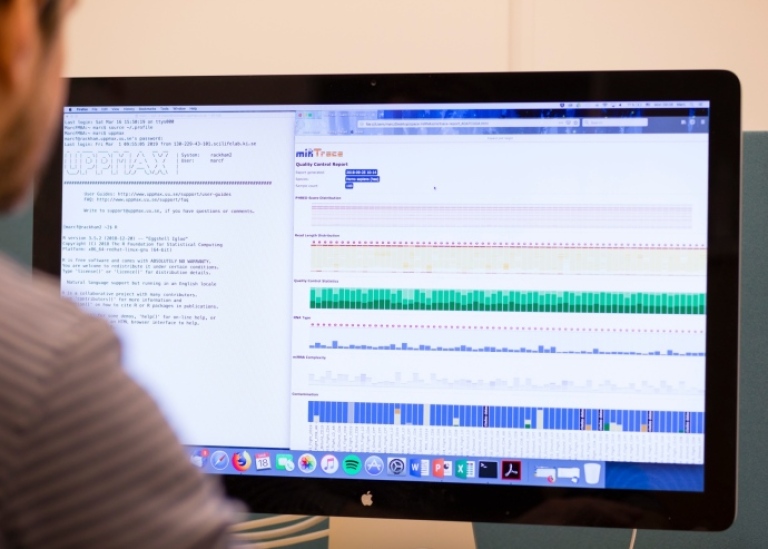 Marc Friedländer’s research group developed the program miRTrace as part of an earlier project. This can be used to reveal which organism a microRNA in a sample comes from, thereby verifying that the sample is not contaminated. Photo: Niklas Norberg Wirtén, SciLifeLab

Other research fields are already benefiting from knowledge of microRNA. Marc Friedländer collaborates with NASA among others and helped analyze data from the Twins study, where one astronaut spent a year living on the International Space Station (ISS) while his twin brother remained on earth. The brothers collected medical samples over the period.
“Being in space places a great deal of stress on the human body. If we can understand what happens at a genetic level, we might be able to ameliorate the negative effects. We have participated in the study by looking at what happens to astronaut’s microRNA.”

The results are expected to be published shortly in a prominent scientific journal.

A more down-to-earth collaboration is being conducted with the Centre for Palaeogenetics (CPG). CPG researchers analyse DNA from organisms that died thousands of years ago for purposes such as investigating what happened to extinct species. Animals uncovered when the permafrost melts are often astonishingly well preserved and in addition to analysing their DNA, it is also possible to examine RNA and microRNA. The more RNA there is, the more active the gene, which may offer clues to what happened immediately before the animal’s death. MicroRNA is generally specific to a given species, which can help to identify a species or teach us more about evolution.
“It is very exciting to see if we can find new types of MicroRNA in samples. Although this is groundbreaking work and many remain sceptical, there is actually a great deal of preserved RNA and microRNA is some of the very old samples.” 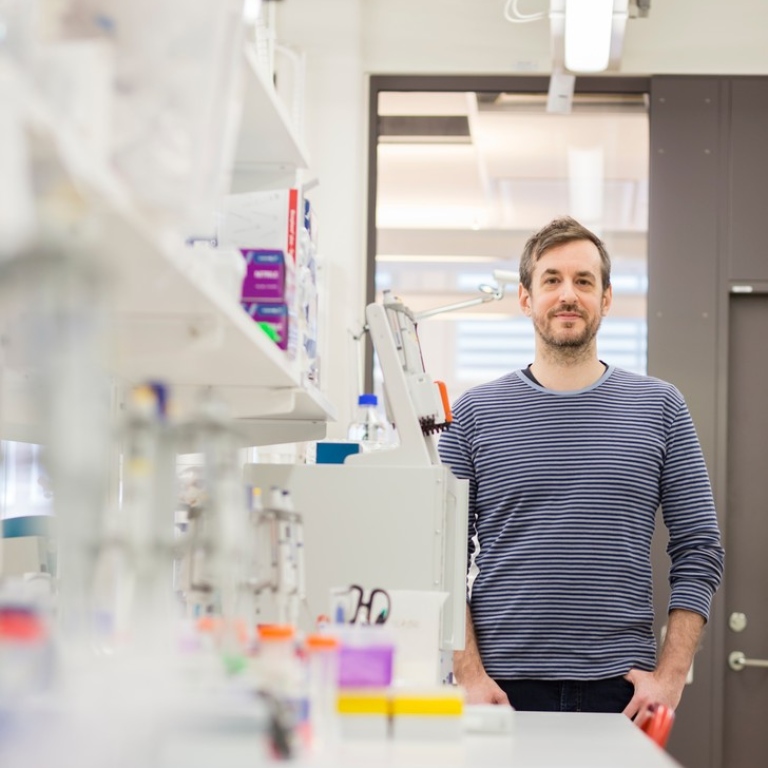 Marc Friedländer has been conducting research at Stockholm University and SciLifeLab for almost six years, having been one of the first to join the SciLifeLab fellows programme.
“This dual affiliation has proved to be fantastic. At SciLifeLab I have created collaborations with research groups from other universities that I work closely with on a daily basis, something that would not have happened otherwise. At my home institution, MBW, most people are working on specifically biological issues, which I have found incredibly inspiring. This combination of technology and biology has been invaluable to my research,” he enthuses.

SciLifeLab has a number of technical resources that Marc Friedländer has found useful in his research. One indispensable resource for his current research is the Eukaryotic Single-Cell Genomics (ESCG) facility, which provides high-throughput single cell transcriptomics services.
“If every research unit was to have its own equipment, it would be difficult to keep up to date. Form a national perspective, a node such as SciLifeLab provides better results and saves money. This kind of centralised infrastructure is something that Sweden is really getting right,” says Marc Friedländer.