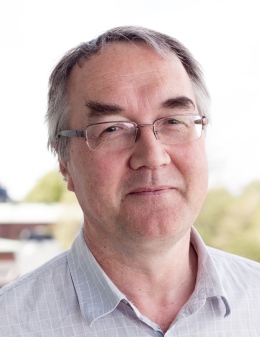 I am professor at the Department of Geography of Stockholm University working within the research profile Population Geography, Migration and GIS.

Overview of my research

My PhD research (1985-90) was directed at answering if operational decisions in multi-plant firms are influenced by the location of the corporate headquarter. I addressed this question using time-geographic modelling and micro-level data for Swedish manufacturing firms.

Malmberg, B. (1990). The effects of external ownership : a study of linkages and branch plant location. Uppsala: Kulturgeografiska institutionen Univ. distributör.

Malmberg, B. (1995). Problems of space-time coordination: A key to the understanding of multiplant firms. Progress in Human Geography, 19(1), 47-60.
Malmberg, B. (1995). Understanding attraction - Co-operation and human intentionality s a determinants of spatial interaction and corporate location. Environment and Planning A, 28, 651-665.

In a study with Anders Malmberg and Per Lundequist I have assesed the importance of industrial clusters for firm competitiveness. The results were largely negative for the cluster hypothesis. This paper can be seen as inspiration for later studies using micro-level Swedish data to evaluate theories about local competitiveness.

Malmberg, A., Malmberg, B., & Lundequist, P. (2000). Agglomeration and firm performance: economies of scale, localisation, and urbanisation among Swedish export firms. Environment and Planning A, 32(2), 305-321.

After my dissertation my main research effort has been related to the question if regional and national economic success is influenced by a factor outside the control of individual firms: population age structure. This is a question that has received relatively little interest among economic geographers but in became a hot topic in economics from the early 1990s and onwards.  In my first published paper based on Swedish data, I report both that a high dependency rate has negative effects on economic growth, and that a high share of middle aged adults in the working age population has a positive effect on economic growth. The former finding has been confirmed in a large number of studies and is currently an acknowledged explanation for shifts in the economic growth rates. The latter finding has also begun to be acknowledged as an important factor, for example for shifting regional per capita income growth rates in China.

Here my goal has been to clarify how long-term changes in demography constitute a driving force for long-term socio-economic development. This has a approach that look not only on demographic effects on economic growth rates but also on age structure effects on social and political change. The result of this research is a theory of the age transition.
This demographic approach also stimulated an interest in how demographic change and economic development is linked on the micro-level, and an example of such work is provided in the study of Ethiopian famers. This study demonstrates that a combination of a cohort and life-history perspective constitutes a useful way for understanding agriculture change is related to population processes. Another example of how the question of demographic effects can be analysed is a paper on house prices that uses Swedish regional data.

Malmberg, B., & Tegenu, T. (2007). Population pressure and dynamics of household livelihoods in an Ethiopian Village: an elaboration of the Boserup-Chayanovian framework. Population and Environment, 29(2), 39-67.

The beginning of my interest in this area was study of the changing geography of the Swedish school system, supported by a grant from the Swedish research council. This project focused on the effects of free school choice on school segregation, and as a part of this project we developed, in 2011, a new approach to segregation measurement based on individualised scalable neighbourhoods with fixed population size. The advantage with this method is that it avoids the modifiable areal unit problem associated with measuring segregation using fixed geographical subdivisions. The effect of this problem is that there is a risk that measured segregation reflects the way the boundaries for the areas have been drawn more than the underlying spatial segregation. Individualised scalable neighbourhoods have proved to be not only a good tool for analysing segregation but also for measuring spatial variation in demographic behaviour and for analysing variation in individual level spatial context.

Strömblad, P., & Malmberg, B. (2015). Ethnic segregation and xenophobic party preference: Exploring the influence of the presence of visible minorities on local electoral support for the Sweden Democrats. Journal of Urban Affairs.

In collaborations with collegaues in Stockholm I have been exploring howremote sensing data can be made useful for social science research. The result is a new method for contextual classification. The development of this approach has been supported by grants from Riksbankens Jubileumsfond and Sida/Sarec. The method has proved to be efficient for detecting landscape objects that are characterised by spectral heterogeneity, for example in urban areas and it has be awarded several patents. It is being commercially exploited by a start-up firm, Choros Cognition AB, and currently the method is implemented in a cloud-based application to which user can upload images for analysis without need for installing advanced software on a local computer.