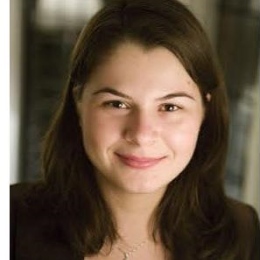 Crina is co-director of the International Commercial Arbitration Law (ICAL) LL.M. She teaches in the ICAL LL.M., as well as on other courses at Stockholm University related to dispute resolution and international law.

Crina is member of the Stockholm Chamber of Commerce Arbitration Institute (SCC) Board.

Crina is the editor of Kluwer Arbitration Blog, co-managing editor of ITA Arbitration Report and member of editorial boards of prestigious journals and book series in the field, including of the Journal of International Arbitration, the European Investment Law and Arbitration Review, Hart: Global Energy Law and Policy, and World Trade & Arbitration Materials.

Crina has been appointed in numerous arbitrations, as sole arbitrator and co-arbitrator under the rules of the ICC, LCIA, SIAC, FAI and CCIR-Romania.

Crina has been involved in international arbitration for more than 17 years as counsel, arbitrator, and head of arbitration and mediation institution (Amcham Brazil Arbitration and Mediation Center).

Crina speaks fluently English, Portuguese, and Romanian, and has knowledge of French.