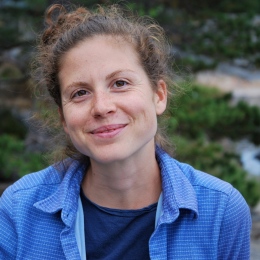 I am a post doctoral researcher at the Department of Sociology at Stockholm University and Institut National d’Études Démographiques (INED). I am working on my international postdoc project, Social Ties and Immigrant Integration: Bridging and Bonding Ties in France and Sweden. I am also involved in the 3GEN project at INED, The transmission of Social Disadvantage in Immigrant and Native Families Across Three Generations in France (PI Mathieu Ichou). Within these two projects, my research focuses on the socioeconomic outcomes of migrants and their descendants in France and in Sweden, and addresses how these are shaped by neighborhood, school and workplace segregation. I am specialized in quantitative methods and have experience working both with register and survey data. My PhD thesis examined how policy impacts migration and integration in the Nordic and Mexico-U.S. settings. In connection with my research on the U.S. context, I did a research stay at Princeton University in 2017/18. I hold a master's degree in Sociology from the London School of Economics and have a background in humanities from University College London.

I have previously held seminars in the courses Mesosociology, Ethnicity and Migration, Quantitative Sociology, Introduction to Quantitative Data Management and Statistics, and Basic Sociology at the Department of Sociology at Stockholm University. I have also supervised undergraduate theses in Sociology and Demography.

My research is situated within my international postdoc and the 3GEN project at INED:

In my PhD thesis, Borders and Barriers, I examined the links between migration and integration patterns and migrants' ties to the home and destination country. I focused on two ultimately distinct settings when it comes to the borders and barriers that migrants face: the Nordic and Mexico-U.S. settings. Until recently, Swedish migration policy was among the most welcoming to migrants from different parts of the world. Migration within the Nordic countries, in particular, is characterized by open borders. By contrast, Mexico and the U.S. are separated by an increasingly militarized border and internal policing of migrants has risen dramatically. Consequently, these two settings provide contrasting and interesting examples of the relationship between the policy context and migrants' experiences.

Social Ties and Immigrant Integration: Bridging and Bonding Ties in France and Sweden

Increased rates of immigration have led to rising concerns about integration in Europe. Social ties are often argued to promote integration by helping immigrants locate work and housing. 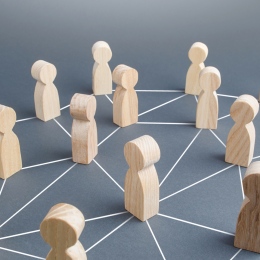 Show all publications by Rosa Weber at Stockholm University