Jan Hoem remained director of SUDA until moving to become director of the Max Planck Institute for Demographic Research, Rostock in 1999. At Rostock, he formed the Laboratory for Fertility and Family Dynamics in Europe that in the following decade trained and supported many of today’s younger European family demographers. In 2009, he returned to SUDA as Professor emeritus in Demometry until his death in 2017.

Professor Hoem has made contributions to Markov chain models, stochastic stable population theory, demographic incidence rates, and the statistical analysis of multiplicative models. He is best known for his work on event-history analysis - contributions that have helped shape demographic methodology. He has shown how the careful specification of life course biographies in relation to social and economic change provides stronger evidence for links between public policies, demographic behavior, and demographic outcomes.

Jan Hoem was named the 2006 Laureate of the International Union for the Scientific Study of Population.

His very last publication appeared in Population Studies (2016) and was devoted to a topic that was very dear to him, that of the dangers of applying “anticipatory analyses” in demographic research.

You can read an article in honor of Jan Hoem in Demographic Research here:

Remembering Professor Jan M. Hoem
and in the Swedish daily Dagens Nyheter, from Professor Gunnar Andersson and the research colleagues at SUDA here:

Jan M Hoem (only in Swedish) 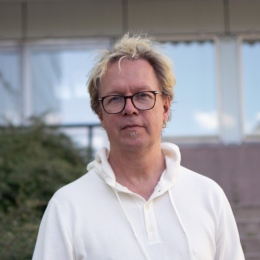