Consequences of new digital systems in the Swedish social services. 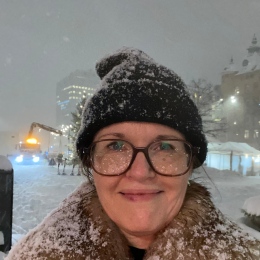 The purpose of this project is to explain the organizational consequences of the implementation of a new social digital system in the social services and how it affects the work organization, work processes and the working environment. A shift to a digital system where human intelligence is increasingly replaced by the artificial intelligence of algorithms may change the nature of social work, not only because digital systems mediate client interaction, but also because it seeks to change the content of work at the social services.

Our empirical focus will be on social assistance benefits, as this is the area within the social services where artificial intelligence is being primarily used at this stage. The results of this project are expected to provide a timely contribution to a general trend within the public sector where the Swedish government and the Swedish Association of Local Authorities and Regions have agreed to work for digital renewal of the public Sweden.

As municipalities across Sweden are looking to introduce administrative robots not only in social services but also other areas of public service, we need to know more about how they can be put to use without causing unforeseen and unwanted consequences, which is also in line with Forte’s responsibility to provide knowledge on the implementation of new models of organizing work.

The project also seeks to contribute to the emerging field of algorithm studies in the social sciences, specifically the consequences of its introduction in politically governed and rule-based public organizations, guided by the exercise of authority, as previous research has largely focused on the private sector. The project applies ethnographic methods, which are commonly used in social studies of algorithms, as they allow researchers to study the digital systems not as isolated entities, but as assemblages of software and human helpers, and explore the possibilities and consequences of human-software complementarity.