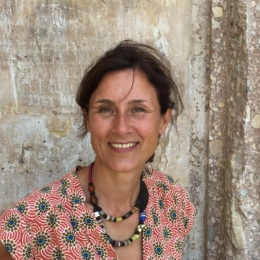 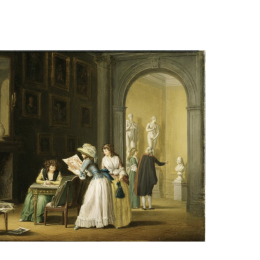 Anna Bortolozzi is a specialist in Early Modern architecture, with particular interest in the relationships between architecture and cultural identity, the shape and use of sacred space in Counter Reformation, architectural drawings and architectural knowledge.

She received a MA in art history from the Ca' Foscari University of Venice (1995) and a Ph.D. in history and theory of architecture from the School of Architecture in Venice, IUAV (2005), discussing a thesis on the Lombard church of the Santi Ambrogio and Carlo al Corso in Rome and the work of the architect Onorio Longhi.

She has published on the completion of New St. Peter's under the pontificate of Paul V and the memory of the old basilica, the Vatican Grottos, the artistic exchanges between Italy and Sweden in the 17th century, Renaissance guidebooks to ancient Rome. In 2020 she published a comprehensive study of the Italian architectural drawings in the Cronstedt Collection in the Nationalmuseum of Stockholm (Hatje Cantz, Berlin).

Her present research deals with copies and tracings as medium of architectural design during the first half of the 18th century. The specific object of the study are the drawings collections of two Swedish architects of the period, Carl Hårleman and Carl Johan Cronstedt, preserved in the Nationalmuseum in Stockholm. Beginning with a close examination of the material qualities of the drawings (paper, medium, technique) and of the traces of the drawing tools (pen, stylus, compass, etc.), the endeavour is to shed light on the techniques used by the Swedish architects to execute copies (of other architects' designs and of their own designs) and to understand the instrumental role of the copy in producing new designs. In particular, two exceptionally well preserved groups of drawings on translucent paper (all together c. 680 sheets), in Swedish called kalker after the French calque, will provide the material for the study of tracings as design tools. The project, based at the Nationalmuseum, is funded by Stiftelsen Marcus och Amalia Wallenbergs Minnesfond.

Anna Bortolozzi has been a post-doc fellow of the Max-Planck Gesellschaft at the Bibliotheca Hertziana in Rome (2006) and of the Tercentenary Fund of the Swedish National Bank (Riksbankens Jubileumsfond) at the Department of Art History at Stockholm University (2008-2011). She spent two years as a research fellow at the Nationalmuseum of Stockholm (2011-2013) and participated into the international research project Topos and Topography. Rome and the birth of the guidebook genre, at the Swedish Institute for Classical Studies in Rome (2013-2014, founded by Riksbankens Jubileumsfond).

Associate professor (Docent) in Art History, since 2015 she works at the Department of Culture and Aesthetics of Stockholm University, teaching at undergraduate and master level. In 2017 she developed a pedagogical project that, through the physical engagement with art objects, aimed at enhancing students’ observation skills and independent learning (in collaboration with the senior lecturer Magdalena Holdar and Stockholm University Centre for the Advancement of University Teaching, Ceul). Currently she is coordinator of postgraduate studies in art history.

The matter of drawing. Copies and tracings in 18th-century architectural practice and design