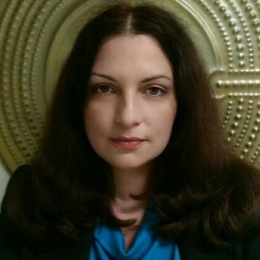 I graduated from archaeology at the Dept. of Archaeology Jagiellonian University in Cracow in 2005. A year earlier I completed Master degree in history at the same university. Although I have a solid background in many areas of Central European Prehistory and archaeological theory, my principal area of interest, as well as my recent research, has been in the field of isotopic analyses of prehistoric diet and mobility. My dissertation, entitled "Population Dynamics, Diet and Migrations of the Unetice Culture in Poland" presents the beginnings of the Bronze Age in Central Europe from palaeodemographic and bioarchaeological perspective, based on the results of isotopic analysis of human and animal remains dating back to the Early Bronze Age (2200-1600 B.C; over 300 specimens). It was published in 2013 in Sweden.

Portions of the dissertation that I have presented at conferences have been well-received, and I anticipate developing the topic further in future. My other research interests include Early Modern Age populations and death rituals in Renaissance Europe. Recently I investigated graves of Renaissance convicts and criminals from Poland, and practices such as decapitations, torture and dismemberment. In 2014 I carried out isotopic analyses and examine the skeletal remains of 12 offenders decapitated in XV-XVI century A.D. in Gliwice. A year later I participated in excavations of Bedhlem cemetery in central London (with Museum of London Archaeology). Bedhlem Royal Hospital was Europe’s first mental asylum founded in 1247.  Historically it was representative of the worst excesses of asylums in the era of lunacy reform. Dramatic history of this infamous institution has strengthened my scientific interests in archaeology of early Modern Age Europe.

Currently I am engaged in several isotopic and bioarchaeological projects with special focus on prehistoric mobility and strontium isotopes. One of them is regarding the Verteba Cave and underground sanctuaries of the Eneolithic Tripolye culture (materials derive from Ukraine; project runs in co-operation with Polish Academy of Sciences and Archaeological Museum in Cracow). I am engaged also in isotopic investigation of mobility among nomadic aristocracy in Central Asia during the Iron Age (Altai Isotopic Project; in collaboration with the Jagiellonian University in Cracow and Russian Academy of Sciences branch Siberia).