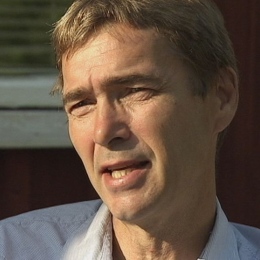 I am driven by a curiosity about how power and resources are distributed, and what international law has got to do with it. More concretely, much of my research has concerned military force as well as the structure and practice of the international legal order. Recently, I have become interested in the governance and use of cyberspace, and I have also tried to increase my sensitivity to the role of the economy.

My current focus is on two projects. The first is a nascent project on sovereignty and governance in cyberspace. The second one is called "Global law, local lives", which involves a number of colleagues in different fields of law. The purpose is to investigate how non-domestic norms -- formal and informal -- affect the lives of ordinare residents in Sweden.

Prior to my current employment, I worked for eleven years as international law adviser at the Ministry of Foreign Affairs, and during that time I participated and represented the Swedish government in multilateral negotiations on various topics and gave advice to the government in many international law issues. I have also worked in Uganda for three years as a consultant on transitional law and as a political advisor to the EU.

I have held visiting positions at Harvard Law School, the European University Institute and the University of Melbourne and at two Ugandan universities.

Currently, I am the head of subject for international law and course director for the course International Law and the Global Economy.

My dearest assignment, however, is to be the director of the Stockholm Centre for International Law and Justice (www.scilj.se), which this year includes the organisation of the 2021 Annual Conference of the European Society of International Law.