Ever since 1492, when Christopher Columbus was discovered by the local population, Latin America has been a venue for people, languages and ideas. Modernity and tradition have blended, as have Christianity and local systems of beliefs. When attending courses in Latin American Studies you are approaching a continent that never ceases to fascinate us. 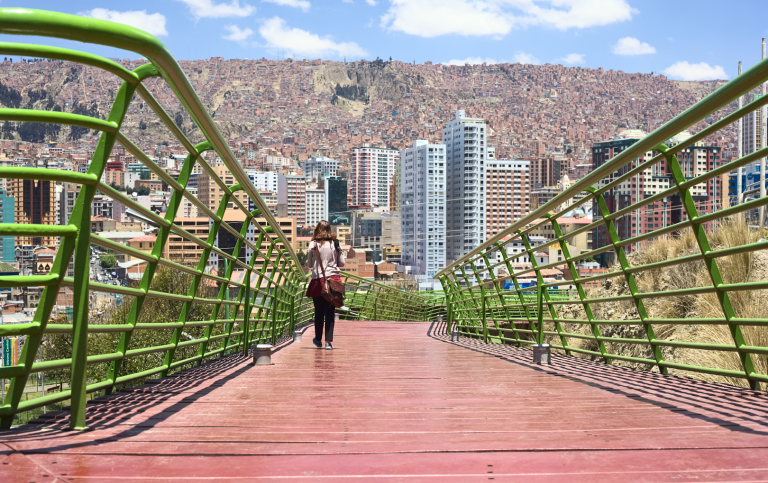 As a student in Latin American Studies you are probably eager to understand this dynamic region from different perspectives. The subject collects its knowledge from both social sciences and the humanities.

You will study Latin America, the Caribbean and the Hispanic United States, focusing on history, politics, economy and socio-cultural development. The relationship between past and present is at the center, as is the coexistence of tenacious traditions and dramatic changes. You will take part in discussions on the distinctiveness of Latin America in relation to the rest of the world.

At the same time, you will learn about internal differences. How do Central American societies distinguish themselves from Andean ones? Do the areas along the Atlantic coastline have a different development than those facing the Pacific? Have civilizations been constructed differently in the Amazons, the great plains and the highlands? Several of the courses address ongoing developments, such as an increasing Chinese influence in the region, violence and insecurity, new trading patterns, the rights-based struggle of social movements and migrations to, from, and within the region.

If you enter the Bachelor Programme in Latin American Studies you will also study a language (Spanish or Portuguese) and will enjoy the possibility to do an internship in Latin America. You will also write a scientific thesis leading to a bachelor’s degree.

If you wish to deepen your knowledge further, you may apply for the master’s programme in Latin American Studies. Do not miss the opportunity to learn more about this exciting region. By approaching another culture you will learn to problematize your own.

Knowledge about Latin America is increasingly attractive on the labor market due to the region’s growing impact in areas such as trade and business, international organizations, diplomacy, tourism and media. By combining Latin American Studies with Spanish or Portuguese you will be further qualified.

To obtain a bachelor’s or a master’s degree in Latin American Studies you may either read independent courses or join our bachelor or master programs.

Other subjects within Human, Social and Political Sciences, and Law