Anna Seim is a researcher and teacher at the Department of Economics. She thinks that studying economics provides a general education that is useful in many different contexts. 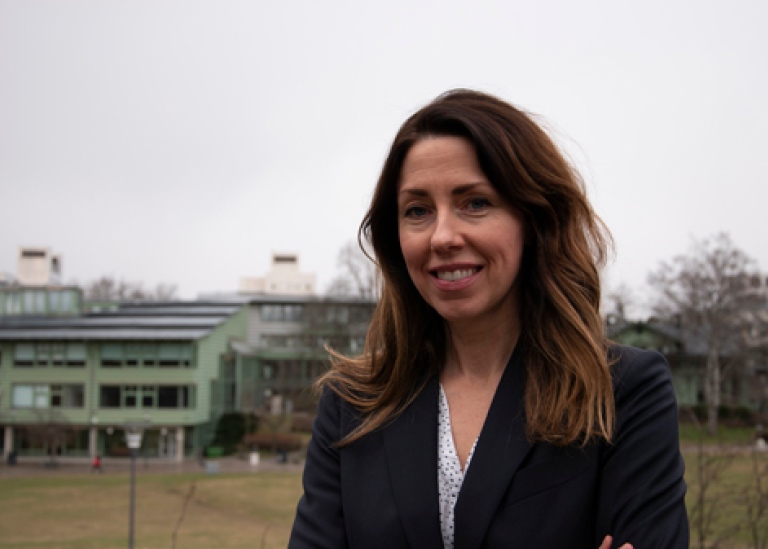 - Economics is about understanding the economy of society at large and concepts such as unemployment, inflation, growth but also why firms and households act the way they do and how they respond to economic policy.

- The economy is a very complex system, and to understand it economists use simplified mathematical and statistical models and focus on what we believe is key to a certain question. Economics is therefore often perceived as technical, and it is to some extent, at least when you study at higher levels, but the use of models is also what enables us to address certain questions in a scientific way, instead of just guessing.

Why study Economics at Stockholm University?

- You learn to think like an Economist and obtain a general education in economics that is useful regardless of your future plans.

- I would say that the physical proximity to the Swedish central bank and other government agencies is unique to Stockholm and enables us to regularly organise guest lectures by, say, deputy governors of the Riksbank and former minsters of finance. We are also a highly international department and the opportunity to participate in visitors’ programmes, both as students and as researchers, implies that we are all part of a vivid and inspiring environment.

What type of job do students of economics typically obtain?

- Many of our former students start working at, for instance, government agencies, ministries, the Central bank and  the Competition Authority while others become employed in the private sector and start working at firms, banks or other financial institutions. There is a wide range of professions that you can pursue after studying economics.