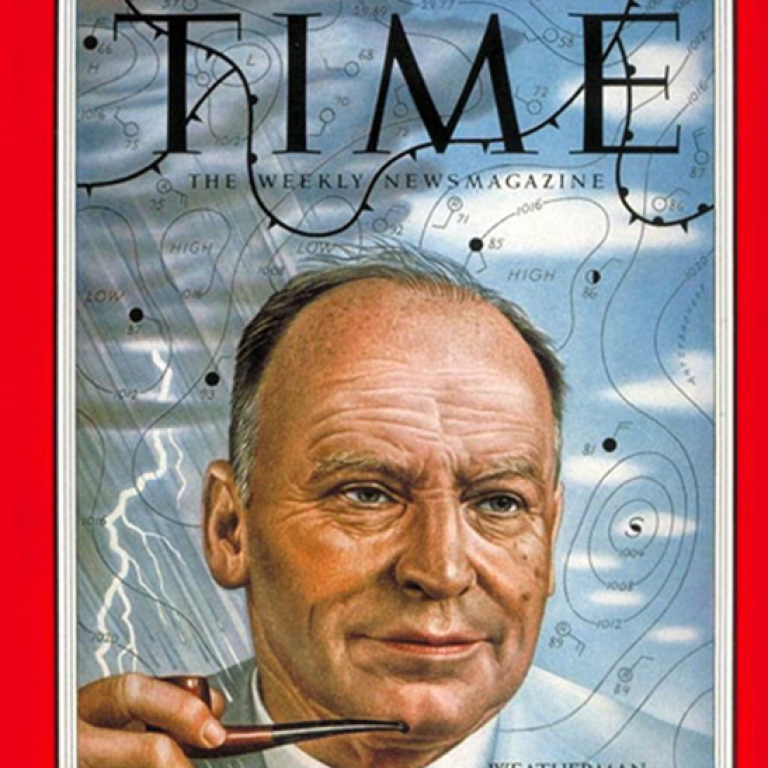 Carl Gustaf Rossby, the first professor of Meteorology at Stockholm University, on the cover of Time Magazine in 1956. From MISU's photo archive.

The Department of Meteorology at Stockholm University (MISU) was established at Stockholms Högskola (predecessor of Stockholm University) in 1947. Carl Gustaf Rossby became the first professor at MISU and meteorology was established as an independent subject for research and education at Stockholms Högskola. Rossby attracted a research group around him that did groundbreaking research in the area of computer based weather forecasts. A new digital computer had just been built at the neighbouring Royal Institute of Technology (KTH) and through the efforts of Rossby’s research group this computer was programmed to produce operational weather forecasts. The forecast range was limited to a few days but the quality of the forecasts was better than for the ones produced manually at the Swedish weather service SMHI. One of the scientists in the research group was Bert Bolin who later took over as professor of meteorology after Rossby suddenly passed away in 1957. 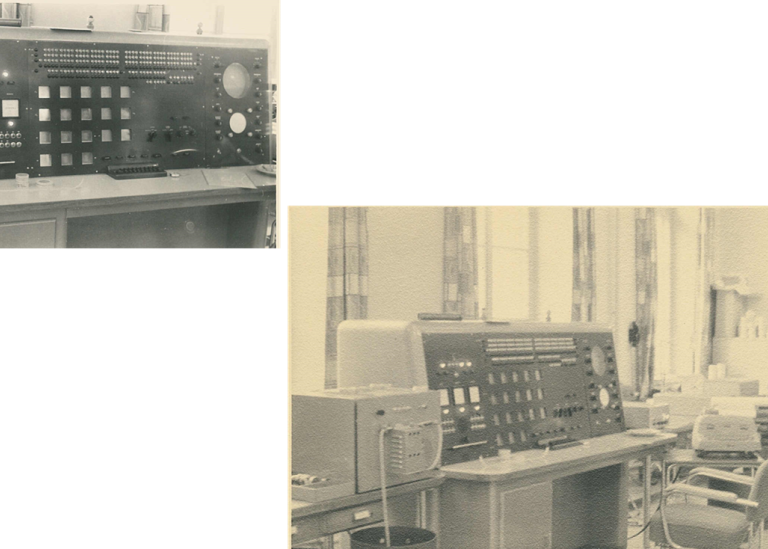 Control panel for the BESK computer which was used for the first attempts at weather forecasting with computers. Photo: MISU's photo archive.

In the 1960’s and 1970’s the research at MISU was extended to also include atmospheric chemistry and atmospheric physics. MISU scientists played an important role at the first international UN environment conference that took place in Stockholm in 1972. Svante Odén, Bert Bolin and Henning Rodhe showed how long range transport of pollutants affected the acidification of the land surface and the air in Sweden. Groundbreaking research in the area of ozone chemistry was also done at MISU and Paul Crutzen was awarded the Nobel Prize in chemistry in 1995 for his research on stratospheric ozone depletion that was published in his doctoral thesis from MISU around 1970. Chemical meteorology expanded into major area of research at MISU during the 1980´s and 1990’s following the appointment of Henning Rodhe as professor of chemical meteorology in 1980. In 1984 Georg Witt became professor of atmospheric physics and his research group focused on upper atmosphere studies using satellites and rockets.

Research at MISU has traditionally covered a wide range of topics but a common theme has been the prediction of atmospheric and climatic processes. Within climate research the carbon cycle of the Earth system has been a focus area and the sensitivity of the Earth’s climate to changes in atmospheric composition is a major topic. This sensitivity is very much determined by cloud processes. Modelling of clouds in weather prediction and climate models was studied by Hilding Sundqvist who succeeded Bert Bolin as professor of meteorology in the late 1980’s. Physical oceanography was established as a new research area at MISU when Peter Lundberg was appointed professor in 1994. The physical dynamics of the atmosphere and the oceans are closely linked and in 1996 Erland Källén was appointed professor of dynamical meteorology.

Today (in 2021) there are ten professors at MISU and their research interests encompass a wide range of topics as has been characteristic at MISU over its entire history. In recent years a special focus area has been Arctic climate research. The research is conducted within an international framework and the International Meteorological Institute (IMI) established by Rossby in 1951 has been a vital component. Through IMI a lively visiting scientist programme has been maintained. Scientists at MISU have also been very successful in obtaining external research funding both nationally and internationally. One example is the Bolin Centre for climate research at Stockholm University funded through dedicated government support to excellent research environments and established in 2010. MISU scientists have had several leading roles in this Centre named after Bert Bolin. 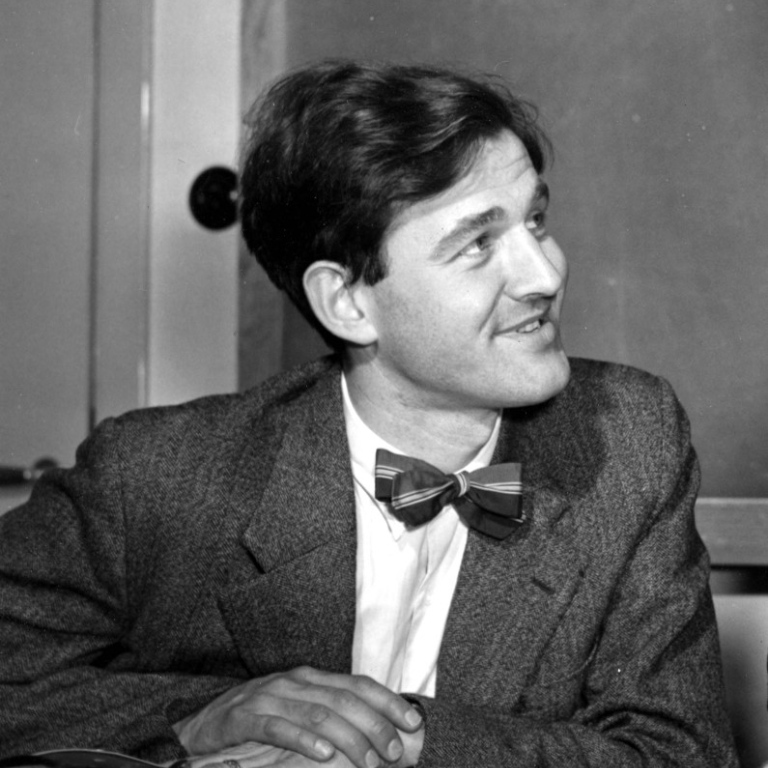 Bert Bolin, professor of Meteorology at MISU between 1961 and 1990. Photo: MISU's photo archive.

Climate research at MISU has been done in close collaboration with climate research centers in Sweden such as SMHI, KTH and the universities in Uppsala and Gothenburg. Climate modelling has been a common theme and the co-operation has led to the establishment of research centers such as the Rossby Centre at SMHI and the Bolin Centre at SU. MISU scientists have been instrumental in preparing for, establishing and taking on leadership roles in these research centers. Internationally MISU scientists have also been very active, one particular example is the UN based Intergovernmental Panel on Climate Change (the IPCC). Bert Bolin was one of the founding members of IPCC and became its first chairman. When IPCC was awarded the Nobel Peace Prize in 2007 together with Al Gore it was recognized that Bert Bolin’s efforts had been vital for establishing the impact the IPCC has had in getting the world to recognize the seriousness of manmade, global climate change.

University level education at MISU has been on undergraduate as well as graduate levels. The undergraduate programme is dependent on students having studied mathematics and physics before embarking on meteorology studies. The number of students each year is limited, typically about ten students per year receive an undergraduate exam including meteorology. Many of these students get employed by the Swedish weather service SMHI and the Swedish armed forces. TV stations such as SVT and TV4 have many meteorologists with an undergraduate background from MISU. The graduate education programme is very international, about half of the PhD students come from abroad. During the years 1950-1980 around 15 PhD students obtained a PhD exam from MISU, after 1980 the number of PhD exams per year has increased and today (2021) about 5 students complete their PhD exam every year. PhDs from MISU work both at Swedish government research institutes such as SMHI and FOI and at companies, primarily within the energy sector. A significant number of MISU PhDs continue with an academic career, within Sweden as well as abroad. Scientists with MISU PhD exams have had leadership positions at international organisations such as WMO in Geneva, Switzerland and ECMWF in Reading, UK. Both of these organisations are world leading in the areas of meteorology and climate research.

MISU scientists are internationally prominent in many areas of meteorological, climatological and oceanographic research. One MISU scientist, Paul Crutzen, is a Nobel laureate. Another MISU scientist, Bert Bolin, created and led the UN affiliated climate research panel IPCC that was awarded the Nobel peace prize. Through a broad research agenda and a lively international exchange programme MISU has maintained and expanded the high level of reputation and standard set by Carl Gustaf Rossby when MISU was created in 1947.